For the first time, I dived in this cave in the summer of 2004. At first, major dimensions of tunnels, enabling to ride the scooter without slowing down, and steadily clean water, left a strong impression on me.

In the first siphon of cave system caused the bubbles nothing worse than a release of small limestone fragments, drifting sporadic through the clear water and only after plentiful rains came white calcitic haze reducing perfect visibility. In addition, the presence of deposits of gravel and sand that have only very little impact on the water muddiness, very little traffic of divers in the deeper part of the siphon, water (12-13 °C) and also very easy to access to the water make this site one of the best places for cave diving in the Europe. In another season, or after heavy rainfall, however, the situation may change.

My first dive here ended app. in the middle of the total length of the first siphon, but the great friendliness of this cave allowed me, in the course of the second dive next day, to ride the scooters to the other side of siphon, to 1850 m distant lake, which was in 1990 reached by Olivier Isler. I performed the dive with a simple alpine style “everything on me”, using the Halcyon rebreather RB-80, three 20L bottles with air and light trimix, two 8 L bottles with decompression gases on the other side and two scooters Aquazepp. I only left the decompression bottles near the entrance from river Célé for the return journey. Next year, in the summer of 2005, I used in addition to the above several stage bottles, which would guarantee a return from about 1000 m distance in the event of equipment failure. Thanks to the local conditions, which were great again, I reached the end of the siphon without any problem, but this time it was different place than the year before.

For explanation, the siphon ends with several places,where it is possible get out from the water – Isler lake or bypass system of second siphon. The way through a “Lake of boulders”, or lake “T” can be used as the entrance to the second siphon. The first of them is the shortest way to the end of the second siphon, but unfortunately not the most comfortable. The second siphon is, in fact, an integral part of the first siphon, when I consider the common distance of one dive trip to be about 2250m. Diving in these shallow lakes and clean passages discovered in 1998-1999 by Rick Stanton and Jason Mallinson, was an unforgettable experience. Diving through siphon and back takes about 7 hours, including decompression on both sides.

I dived in this cave also later in 2009, but it turned out that solo diving through the next siphons would be, from the activity planning point of view, too demanding. 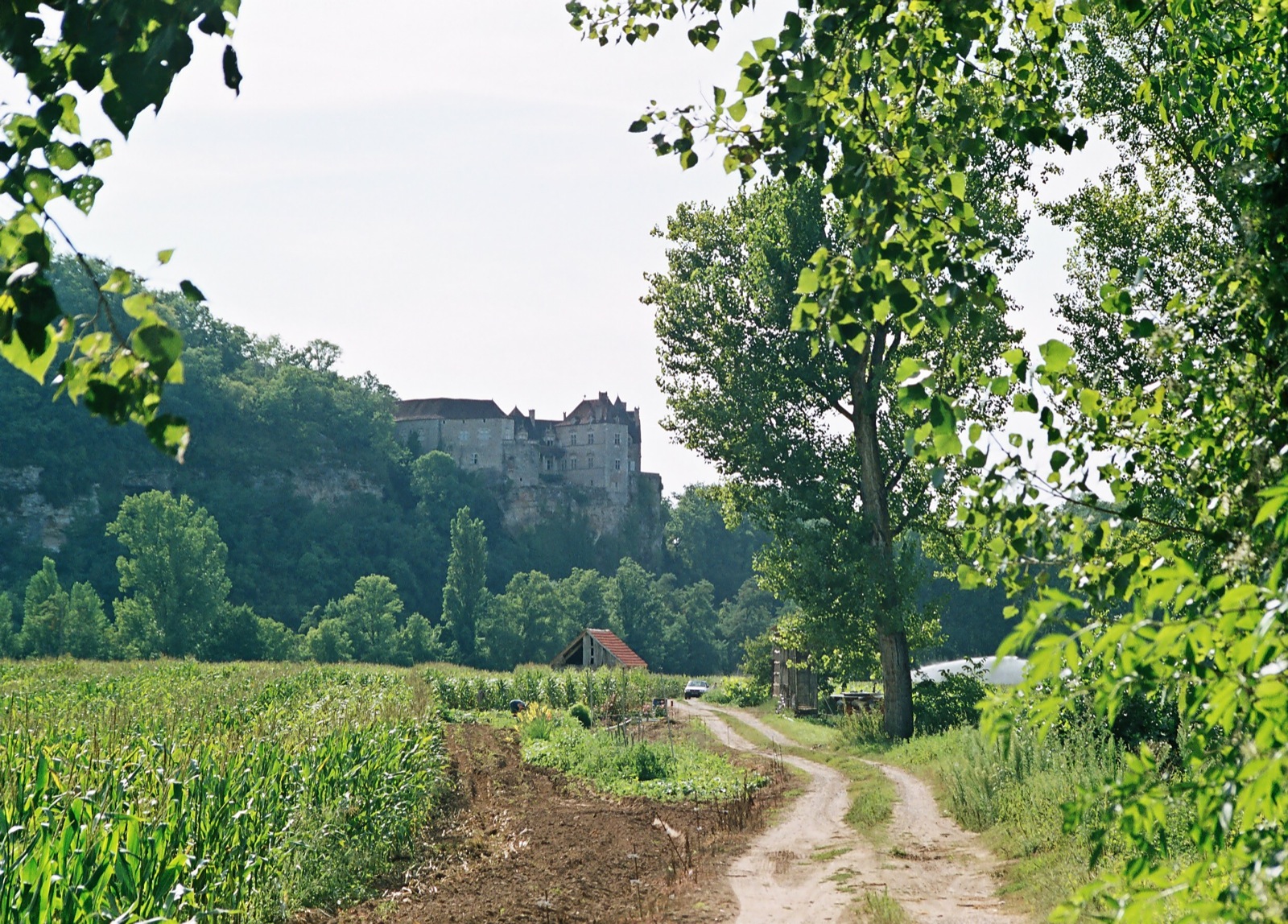 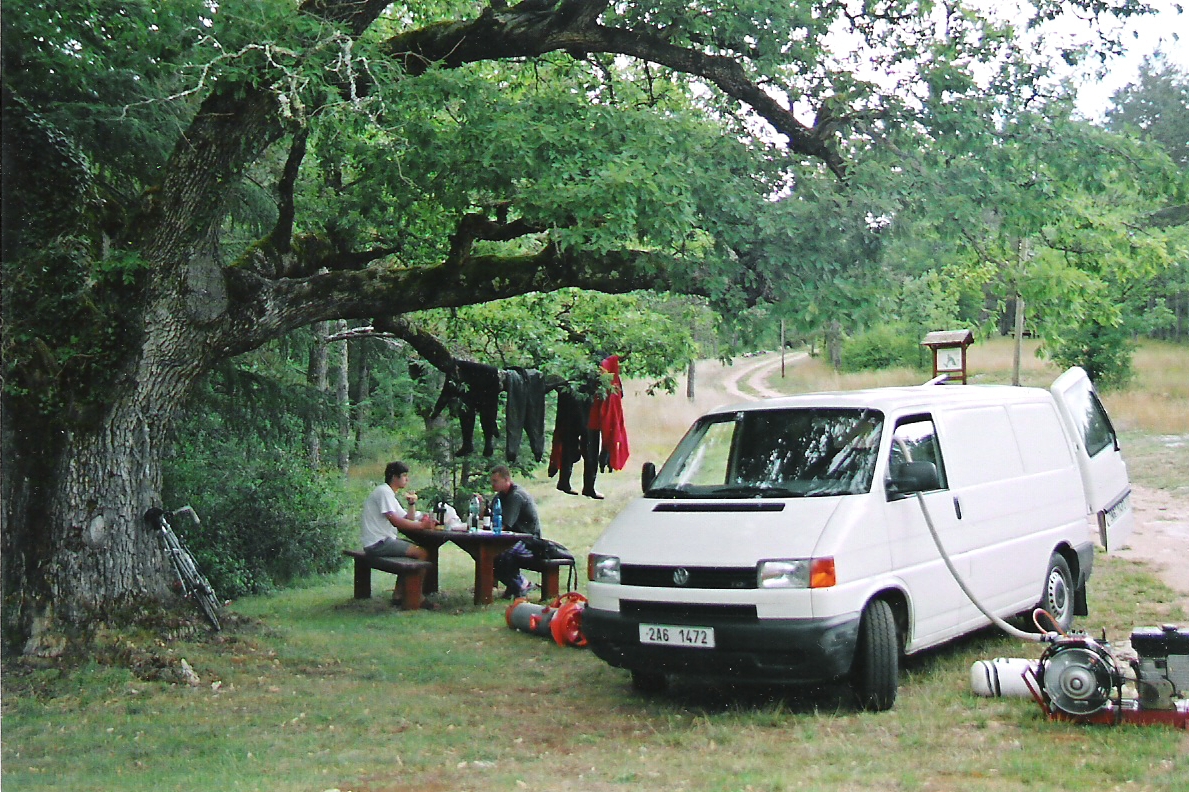 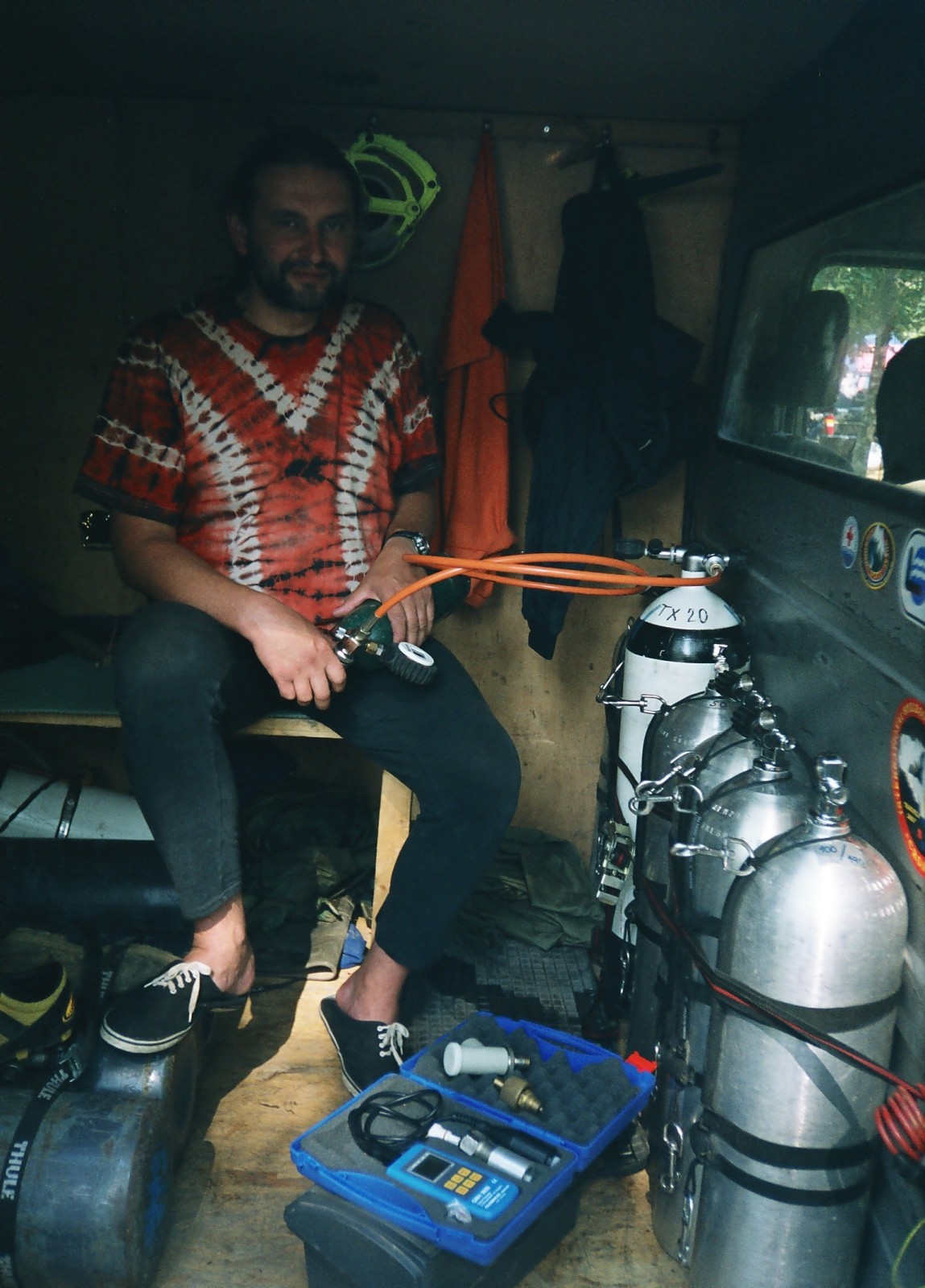 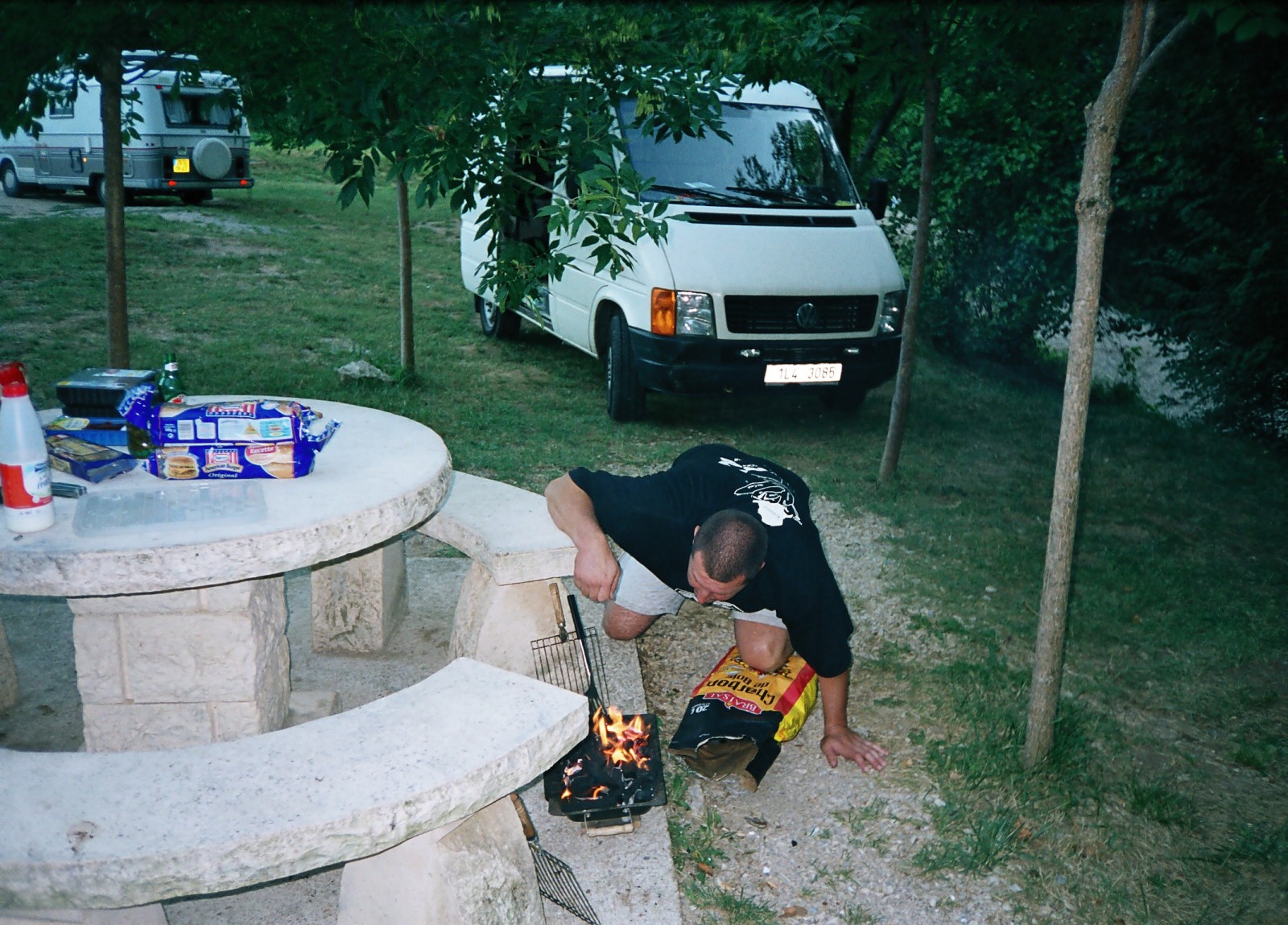 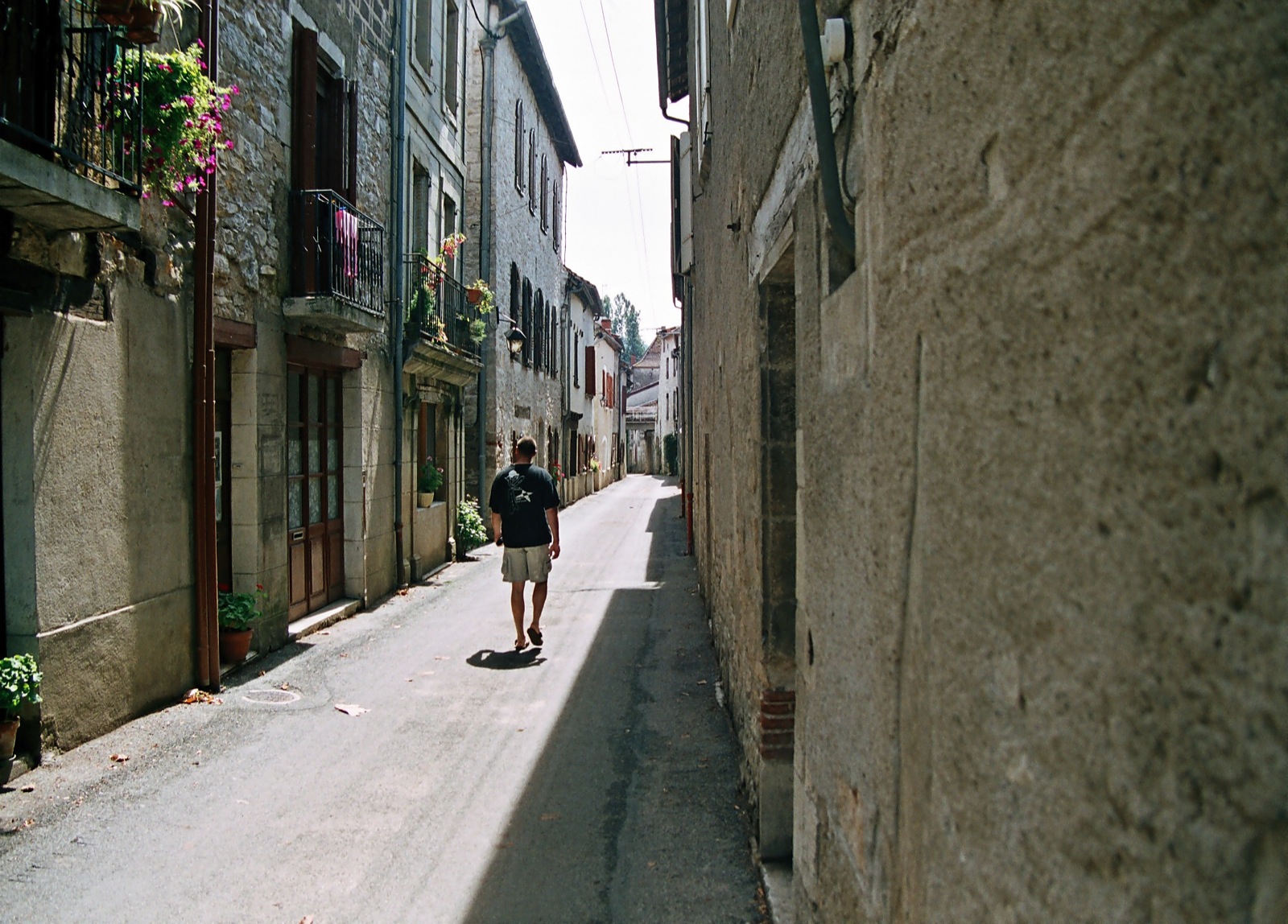 Comments Off on Émergence du Ressel